Did you know that the average American moves nearly 12 times throughout their life? That’s a lot of new spaces and faces! Despite inflation, periodic recessions, market fluctuations, and even a pandemic, the moving industry is an economic and social juggernaut that generates a staggering $86 billion in annual revenue.

At Oncue, we pride ourselves on using information like this to help our movers achieve more —and who doesn’t love some useful data? With that in mind, we’re pleased to launch our annual list of moving statistics that help us predict the moving industry trends that will shape our clients’ business and forecasts.

Before we dive into our yearly list of moving industry statistics, let’s look at some of the most common trends and moving costs that influence each one!

How Much Does Moving Cost?

Moving costs can fluctuate significantly based on several factors, such as:

A significant and common expense associated with moving is labor costs. For example, selecting a full-service moving company to pack and ship your items is a desirable option if you’re short on time or selling an out-of-state property — but it’s not for everyone! For those not able to splurge on full-service movers, homeowners or renters control moving costs by going the DIY route and packing their belongings.

Another major moving cost is transportation expenses. Depending on how far you’re moving, freight fees to safely transport your items long-distance can quickly add up. Some households prefer to take a DIY approach by investing in short-term mobile storage (Like U-Haul’s packing cubes and trailers) or loading up the car and making the trek to their new home themselves!

While we don’t recommend going it alone, those individuals looking to stretch their money further when relocating can benefit significantly from labor only services which carefully load and unload your pre-packed belongings.

According to the 2021 US Census Bureau Migration Report, the US population is growing, but fewer people are moving. Of Americans that did move, the Census reported that approximately 250,000 people relocated to the Southern US while about 227,000 moved to the Northeastern US – an overall migrational decline of 0.9% from 2020.

The US Census Bureau report notes that, while moving rates were slightly higher in 2020, the global pandemic did not significantly impact the overall moving statistics, which has steadily declined following 1995’s spike in movers and the moving rate.

Now, on to the specifics! Here are several moving industry stats you might not know:

#3 The average American moves 11.7 times in their lifetime

#5 Around 3 million Americans make an interstate move every year

#6 82% of Americans move within their home state

#7 11% of Americans move to a different state

#8 People moving abroad account for only 4% of all moves

#9 People are staying local: 65% of all moves in the US are in-state, and occur within the same county

#13 Around half of all moves take place in the summer, between the beginning of May and Labor Day.

#14 The most common items people move are household goods, electronics and office equipment. 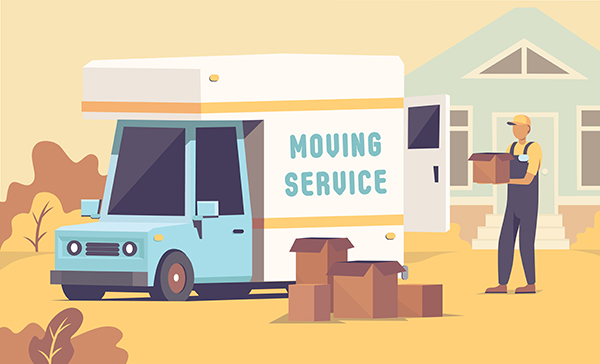 The moving industry is one of the largest industries in the US. The Bureau of Labor Statistics (BLS) estimates that over 6 million people are employed as hand laborers and material movers across the country, with a growth outlook of over 6% by 2031! That’s a lot of helping hands to assist with your next move.

Check out these other interesting facts about the economic outlook and employment trends in the moving industry:

#16 The moving industry has a yearly revenue of $86 billion

#18 The combined annual payroll of the industry is around $3.6 billion

#21 The moving services industry is the 18th ranked Transportation and Warehousing industry by market size and the 395th largest in the U.S. 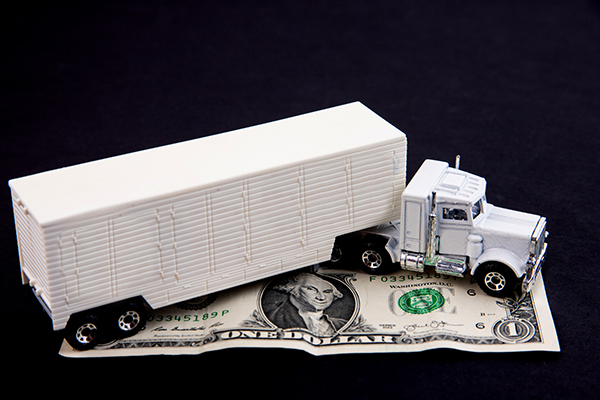 Increased rental and home price rates are key indicators of an economic recession, but this doesn’t necessarily mean that people will press pause on their plans to relocate.

Renters, especially those with flexible or remote working schedules, may opt to relocate to take advantage of lower housing rates or more convenient access to amenities. Potential homeowners may take advantage of the lower interest rates or extended mortgage terms often offered to first-time homebuyers.

Here’s a look at who’s moving and why:

#25 Millennials (age 25 to 35) are moving less than previous generations, with 20% of Millennials reporting a move this past year in comparison to 26% of Generation X in 2000

#26 The moving industry is comprised mostly of small businesses – 47.8% of moving companies in the U.S. have fewer than five employees

#28 44% of Americans moving are individuals/families

#30 16% of moves are military-related and funded

#31 2% of moves are made by government agencies 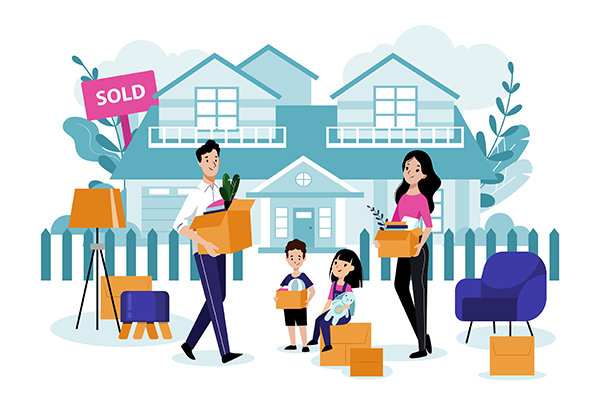 As noted in Demographic Moving Statistics, homeownership rates rose slightly in 2022, mostly within the Northeast and Western US. Tracking where people move across a span of time can help identify or lend context to other census findings, like median household income, employment rates, etc.

Check out how and where people are moving in 2022!

#34 The top states people moved from are New York, California, Illinois, and District of Columbia

#35 Approximately 250,000 people relocated to the Southern US 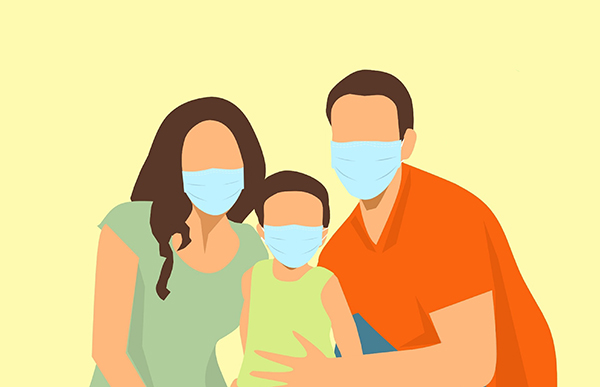 While the Covid-19 pandemic may not have influenced the overall US moving rate, lots of people moved in 2020! These COVID-19 moving statistics have had a ripple effect throughout the industry.

#38 Among U.S. adults who moved due to the pandemic, 28% say the most important reason was to reduce their risk of contracting the virus

#40 Between 14 and 23 million Americans are planning to relocate due to remote work opportunities, and more than half (54.7%) of them are moving more than two hours away from their current location

With the global pandemic (mostly) in the rearview, organizations across the country are taking the opportunity to reassess how, where, and how frequently folks report to an office. As remote and hybrid work schedules become more routine, we see a shift away from cities on the West Coast and in Miami – both urban tech industry strongholds – and increased relocation activity in surrounding areas, like Orlando and Nashville.

#42 Before COVID, the most popular city for Americans to move to was Oakland

#43 During COVID, the most popular city for Americans to move to is Dallas

#45 Increase in people relocating to less expensive cities such as Orlando, Denver, and Nashville

#47 Increase in Californians moving to Sacramento, Berkeley, and Alameda

The results are in! With homeownership increasing, and relocation for remote work still holding steady, it’s no surprise that our movers continued to enjoy healthy growth (and packed moving schedules!) in H1 2022. Here’s a closer look at some of our biggest accomplishments of the year:

As we move into the busy season, our movers show no signs of slowing down. The booking team has been working hard to provide quality customer service across the US. The number of jobs booked with Oncue increased by 71% vs. Q2 2021. This resulted in an 81% increase in client revenue from last year to the present.

Oncue helps our movers stay in constant contact with their customers. Over the last three months, movers used Oncue to send over 186,000 emails and 223,000 texts.

Through our exclusive integration with Thumbtack, Oncue also sent more than 6,700 messages to Thumbtack leads in Q2 2022. This is a 90% increase from Q1!

From lead follow-up to payment reminders, Oncue empowers our partners to ensure a seamless communication experience from start to finish – no matter which communication channels they choose.

Not many surprises on this list! These five states showed major relocation activity in 2022:

These 5 states represent 57.6% of total booked move revenue in Q2!

How are customers finding moving companies? While Google remains the most popular search engine, referral sites and company websites are also excellent lead sources for moving businesses. The three sources that generated the highest number of overall leads for Oncue’s moving companies in Q2 2022 were:

While the highest-quality leads (i.e., those with the highest conversion rates) were generated by:

Are you interested in determining which of your lead sources will generate the best leads in 2023? Check out our recent blog article, How To Generate Leads For Your Moving Company.

Whew! 2022 has gone by in a flash. As we speed toward the new year with no signs of slowing down, we’re keeping our eyes and ears peeled for valuable information and resources that benefit our movers. We’ll be back in 2023 with even more cool moving industry stats.

Learn why more moving companies are using a booking service

Get the latest articles on all things data delivered straight to your inbox.

Take Your Moving Company to the Next Level with Oncue

We know what it takes to scale a successful moving company.
Contact us today to schedule a demo with one of our moving industry experts. 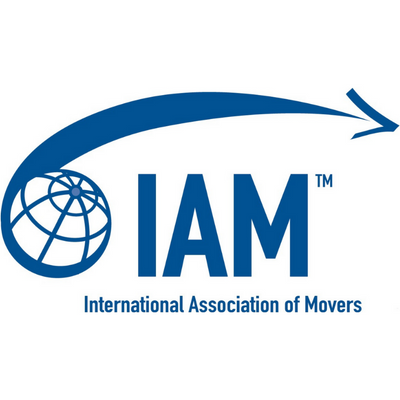 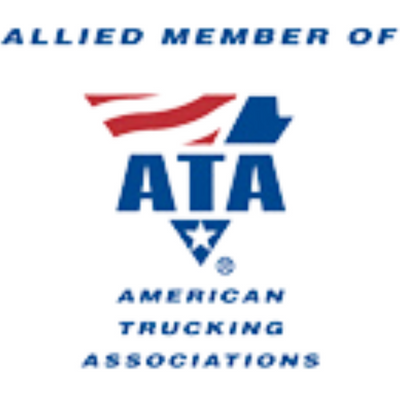 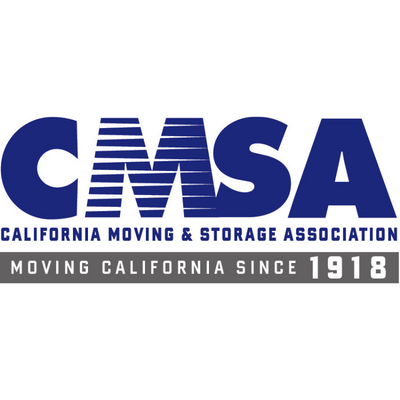